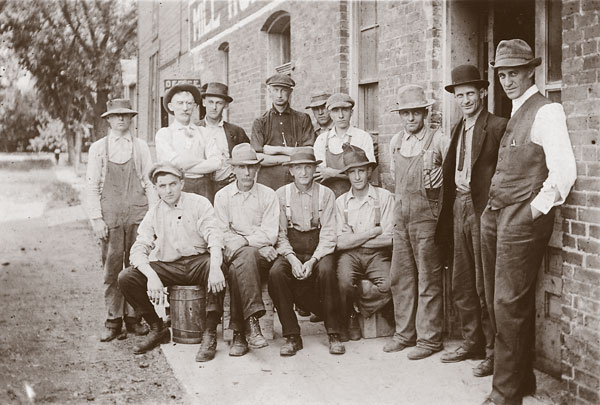 This is our weekly theological article.

If there is any philosophical or moral principle that can be credited with the prosperity of the Western capitalist societies it would have to be the Protestant work ethic. This ethic asserts that a person’s success in this life is a visible sign of their salvation in the next. As a result, the Protestant work ethic encourages hard work, self-reliance, literacy, diligence, frugality, and the reinvestment profits.

Prior to the Reformation, not much spiritual stock was placed on labour. The Roman Catholic Church placed more value on monastic prayer than on manual labour. Much would change when the German monk, Martin Luther (1483 – 1546), nailed his ninety-five theses on the door of the All Saint’s Church in Wittenberg. Luther railed against the Catholic Church’s sale of indulgences as a way of avoiding purgatorial punishment. Luther asserted faith over work believing that a person could be set right with God through faith alone. It was Luther’s opinion that an individual should remain in the vocation God had called them to and should work to earn an income, rather than the accumulation of wealth. This belief stood in stark contrast to the Catholic Church’s philosophy that relief from eternal torment came from Godly rewards for good works. By contrast, the second great Protestant, John Calvin (1509 – 1564), believed that faith and hard work were inextricably linked. Calvin’s theory came from his revolutionary idea of predestination, which asserted that only certain people were called into grace and salvation. It is from this that the Protestant work ethic is borne.

As a consequence, many Protestants worked hard to prove to themselves that they had been preselected for a seat in heaven. A result of this extreme predilection towards hard-work was an increase in economic prosperity.

The French sociologist, Emile Durkheim (1858 – 1917), believed that capitalism was built on a system that encouraged a strong work ethic and delayed gratification. Similarly, the German sociologist, Max Weber (1864 – 1920), argued in The Protestant Work Ethic and the Spirit of Capitalism (1905) that America’s success boiled down to the Protestant work ethic. It was asserted as the key idea that would encourage individuals to move up the social ladder and achieve economic independence. Weber noted that Protestants – particularly Calvinists, were largely responsible for early twentieth-century business success.

The Protest work ethic is credited with the United States’ economic and political rise in the 19th and 20th centuries. As the political scientist, Alexis de Tocqueville (1805 – 1859), wrote in Democracy in America (1835):

“I see the whole destiny of America contained in the first Puritan who landed on its shore. They will to their descendants the most appropriate habits, ideas, and mores to make a republic.”

A study in the American Journal of Economics and Sociology found that nations with a majority Protestant population enjoyed higher rates of employment. The economist, Horst Feldman, analysed data from eighty countries and found that countries with majority Protestant populations – America, the United Kingdom, Denmark, Sweden, and Norway – had employment rates six-percent higher than countries where other religious beliefs were practised. (Furthermore, the female employment rate in Protestant countries is eleven-percent higher). Feldman explained how the legacy of Protestantism led to increased prosperity:

“In the early days, Protestantism promoted the virtue of hard and diligent work among its adherents, who judged one another by conformity to this standard. Originally, an intense devotion to one’s work was meant to assure oneself that one was predestined for salvation. Although the belief in predestination did not last more than a generation or two after the Reformation, the ethic of work continued.”

The Protestant work ethic is one of those Christian ideas that have helped create Western capitalist democracies in all their glory. It is yet another example of the influence that Christianity has had on the modern world.