MUCH ADO ABOUT NOTHING: COMPARING TWO SHAKESPEARE FILMS 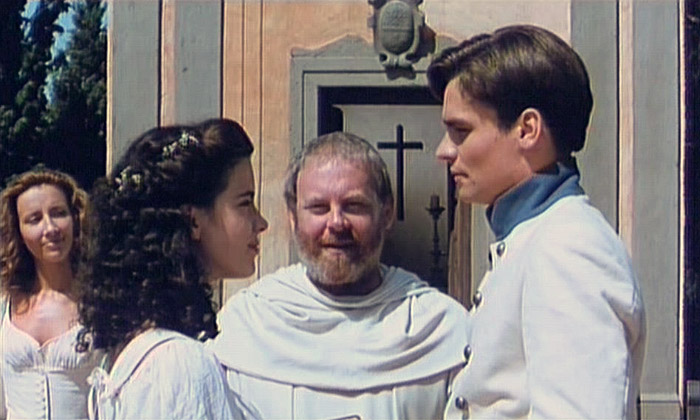 Joss Whedon’s 2012 adaptation attempts to modernise Shakespeare’s works while maintaining its eloquent language. The setting – time and location – of the film do not suit the dialogue spoken. It may be preferable to retain Shakespeare’s original dialogue, but that dialogue can only work if the audience can be made to believe that the characters in that situation would actually talk that way. Otherwise, it distracts from the film’s plot. It would have been advisable to retain Shakespeare’s story but to utilise modern parlance. Joss Whedon’s 2012 adaption of Much Ado About Nothing comes across as a high school media production, and a poorly made one at that. It is precisely what happens when the plays of William Shakespeare are poorly adapted to the screen.

By contrast, Kenneth Branagh’s 1993 adaptation is grand and lavish, being like a breath of fresh air to Shakespeare’s play. Its setting – periodic, though the exact period is hard to confirm, and expansive location (though it takes place in one village, it feels much larger) – means that the audience is more willing to accept the decision to retain the play’s original dialogue. The audience can and does, believe that the characters in the film would actually speak the way they are depicted as speaking. Kenneth Branagh’s adaptation of Much Ado About Nothing is precisely what happens when Shakespeare’s plays are adapted properly to the screen.

This is our weekly theological article.

For most of my life I have had a great affinity for cemeteries and graveyards. A gentle stroll through the neat and peaceful rows of graves, pausing occasionally to read the inscription on the headstone of someone who lived and died long before I was born has been the source of great pleasure for me.

Modern culture has little time for the contemplation of death. That would go against ‘positive thinking’ and the perpetual lie of ‘eternal youth.’ This, however, stands in stark contrast with the convictions of most of our forebears. From antiquity through to the early twentieth century, the consideration of death was considered a good motivator for leading a virtuous and meaningful life. Recent studies affirm this belief, finding that the contemplation of one’s own mortality acts as a motivator for assessing one’s values and goals and can greatly improve physical health.

The phrase, ‘Memento Mori’, is said to have originated with the Ancient Romans. Tradition in Ancient Rome dictated that a servant or slave should stand behind a triumphant General during his victory parade. This servant or slave would whisper in the General’s ear: “Respice post te! Hominem te esse memento! Memento Mori!” (“Look behind you! Remember that you are but a man! Remember that you will die!”).

Between the 14th and 17th centuries, the concept of ‘Memento Mori’ took on new motifs. The engraving, ‘The Triumph of Death’ (1539) by Georg Pencz (1500 – 1550) depicted a scythe-wielding skeleton commanding an oxen-driven chariot. Similarly, the dance of death – involving skeletal figures – lead everyone from the Pope to the humble ploughman in a final dance of death. During the 17th and 18th centuries, many New England graves were adorned with epitaphs like ‘Memento Mori’ and ‘Hora Fugit’ (‘the hour flees’) and were emblazoned with images of skulls, bones, winged death’s heads, hourglasses, and other symbols of death and the passage of time.

The Roman stoic philosopher, Seneca (4BC – AD65) advised: “Let us prepare our minds as if we’d come to the very end of life. Let us postpone nothing. Let us balance life’s books each day… The one who puts the finishing touches on their life each day is never short of time.” The careful contemplation of mortality and the deliberate awareness of death has a profoundly positive effect on the health and vitality of the soul.