“She’s television generation, she learnt life from Bugs Bunny” muses William Holden in Network, as he confesses his affair with a younger woman to his long-suffering wife. Love it or hate it, television has shaped the way we see the world. And it has been used for years to engineer social change.

It is because of their values that the left has come to dominate the culture. While conservatives value objective facts, those on the left value narrative. This is an important distinction. People develop their worldview based on the stories they are told, not the facts that are presented to them. And while conservatives choose to focus on facts, the left is creating the narrative references that define the world we live in.

As a consequence, left-wing assumptions have come to dominate film and television. And, by extension, it is these assumptions that create the parameters for public discourse. It was through the positive depiction of gay characters in shows like Will and Grace that homosexual relationships came to be more widely accepted. It would be difficult to argue that such depictions played no role in the public’s acceptance of gay marriage. Today shows like Orange is the New Black presents sympathetic transgender characters in an attempt to engineer public acceptance of transgenderism.  The left produces television shows and movies that are anti-capitalism, anti-Christian, and anti-West. Unfortunately, the right fails to produce television shows and movies in their defence.

The left embeds its messages through seemingly innocuous narratives and likeable characters. Otherwise morally reprehensible and disagreeable characters are presented in a sympathetic light. By doing this, the creators of these characters are able to coax us into accepting things we otherwise would not. Max Black, one of the protagonists of Two Broke Girls, is a rude, unmotivated, and immoral drug and alcohol user, but she is presented to the audience as a positive role model for women.

Television’s primary power lies in the fact that it allows individuals and organisations to manipulate images, facts, and stories to suit their own purposes. It is through the distortion of facts, impelling narratives, and the creation of morally reprehensible yet sympathetic characters that those who control television have been able to manipulate the public. Whether or not this trend will continue with the advent of the internet is yet to be seen.

MARRIAGE AND THE LATE BARBARA BUSH 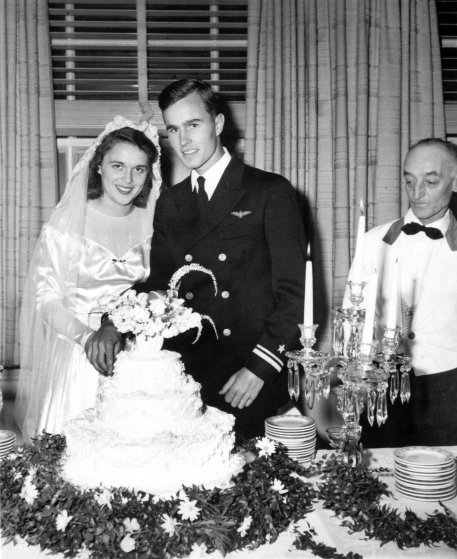 The recent death of Barbara Bush (1925 – 2018) and her seventy-three-year marriage to former US President, George H.W. Bush (1924 – ) has got me thinking about the state of marriage in our society.

According to a report by the West Australian, marriage rates in October 2017 had dipped below that of the Great Depression, the lowest in Australia’s history.

More surprising, however, been the conditions under which this decline has occurred. The modern decline in marriage appears to be the consequence of changing cultural norms and social attitudes that are dismissive, even hostile, to the idea of lifelong, monogamous marriage.

By contrast, the low rates of marriage during the Great Depression was largely the result of poor economics. Low wages, wealth destruction, and unemployment meant people couldn’t afford to get married, so they didn’t.

Our socio-political culture has slowly but surely stripped marriage of the privileges that were once exclusive to it. Casual and extra-marital sex is almost encouraged, sexual licentiousness is no longer frowned upon, and the existence of the Welfare State means that women no longer have to rely upon a husband for financial support (rather, she relies upon the government).

Sexual behaviour is a key indicator of a society’s moral character. Ethical sexual relationships, including good marriages, are based upon love and respect. The problem with the modern conception of sex and marriage is that it has forgotten that sex concerns flesh and blood human beings. It has therefore fooled itself into believing that it can be divorced from emotions, responsibility, morality, and consequences.

While society continues to value licentious sex over long-term commitment, the institution of marriage will continue to decline. Things could change, but I wouldn’t hold my breath. This week for our theological article, King Alfred Press will be exploring the quest for self-mastery and its importance in living a pious life.

For years, “living in the moment” has been popular advice among self-help gurus. No need to learn from history, no need to think about the consequences of your behaviour, the only thing that matters is satisfying present desires.

However, there is a fundamental problem with living in the moment: it causes you to act impulsively.  You become a slave to circumstance. You end up becoming the sort of person who engages in unhealthy, short-term relationships, you become the sort of person who spends without thought and rack up massive credit card debts.  Compulsive eaters have been known to literally eat themselves to death, and there is little need to discuss the relationship between crime and the intoxicating effects of alcohol.

The rational antidote, then, to living in the moment is to orientate yourself towards self-mastery. By doing so, we can live pro-active, Godly lives. God expects us to be diligent with what we have and where we are before we move forward with our lives.  As it is written in the Gospel according to Luke (chapter sixteen, verse ten):

Self-mastery helps you achieve mastery of your own emotions, affections, likes, and desires.

So, how do you go about achieving self-mastery? Well, I cannot pretend to have the answers. However, it is eminently obvious that changing your daily habits is a good place to start.

First, engage in daily prayer. It will help you quieten your mind and communicate with God.  Read your Bible or Torah. Remind yourself every day of what God expects of you. Second, practice self-denial. Third, do things deliberately, with purpose – act as though everything you do matters. Fourth, don’t lie – especially to yourself. The only way to overcome your problems is by being honest about them. Fifth, take care of your mind, body, and your surroundings. As Professor Jordan B. Peterson famously advises: “clean your room!” Keep your workspace clean and tidy, put everything where it belongs, make yourself orderly.

WHEN ARE WE GOING TO TREAT DIVORCE AND FATHERLESSNESS AS THE ISSUE IT REALLY IS?

Since the sexual revolution, society’s attitudes towards sex and the family have been shifting more and more to the left. Today’s sexual philosophy has its roots in the prevailing social forces of the 1960s and 1970s. These forces have challenged the traditional institutions of monogamous marriage and the traditional family, seeking to replace them with their own utopian values.

The introduction of No Fault Divorce in America in 1970 signalled the most immediate sign of the cultural shift. Previously, people got married young and stayed married. Divorce was a social taboo. Shifting cultural philosophies and changing laws have altered this reality. Conservative commentator and Daily Wire editor, Ben Shapiro, blames the rise of divorce on a lack of religious fervour among young people, and the existence of a ‘divorce culture’ which celebrates serial monogamy and single parenthood.

A natural consequence of the decline of monogamous marriage and the traditional household has been the rise of the single parent family. In the past children were born within the confines of marriage. This is no longer the case, as statistical comparisons reveal: in 2015, 40.2% of live births were to unwed mothers, compared to only 5.30% in 1960. Similarly, in the United Kingdom in 2013, 46.5% of children were born to unwed mothers, compared to 11% in 1979. In 2014, a Pew Research poll found that fewer than half of American kids lived in a home with their mother and father, compared to sixty-one percent in 1980, and seventy-three percent in 1960. Across the pond in the United Kingdom, it is believed that a quarter of all families are single parent families.

Of course, single parent families are never going to be a concern for the left. The traditional family represents an obstacle to the vision of socialist utopia the left holds so dear because individuals care more about their own families than they do about the wider community. Furthermore, it is much more difficult for the state to control a woman who has the financial, social, and emotional support of a loving husband. As Ben Shapiro notes: “the left is never going to recognise that broken families are a problem because it is one of the goals of the left to break families. Historically speaking, if you read [Karl] Marx and [Friedrich] Engels [authors of the Communist Manifesto], they do not like the traditional family, they think that the traditional family is a bulwark against an overarching, brutal state.” 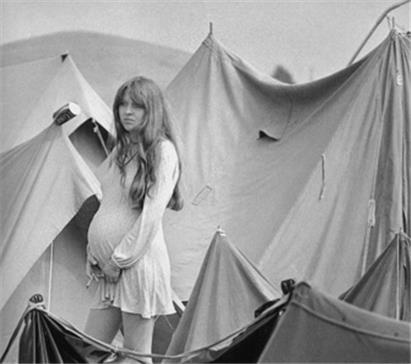 A further manifestation of the decline of monogamous marriage and the traditional family has been the increase in fatherless children. Fathers today have been relegated to the role of ‘accessory parent.’ We no longer recognise the spiritual and psychological influence fathers have on their children. As a consequence, fathers are considered people children spend time with on designated visitation days rather than a permanent and necessary influence in their lives. The consequences of this attitude have been disastrous.

Psychologically, children from single parent and fatherless families are more likely to suffer cognitive, social, and emotional problems and are more likely to be emotionally, physically, or sexually abused. Fatherless children often struggle with their emotions and suffer episodic bouts of self-loathing along with a diminished sense of self and a lack of emotional and physical security. Many fatherless children have reported feeling abandoned because their fathers were not in their lives. No wonder drug and alcohol use and rates of incarceration soar in children whose fathers are absent.

Fatherless children also suffer socially: not only in the wider community but in their personal relationships as well. Children are often left to fend for themselves because their sole parent and breadwinner is away from home. This has several consequences: it forces the child to take on adult roles prematurely. Older siblings are expected to take care of younger siblings, and younger siblings are expected to learn from their older siblings. Young boys often feel the need to assert themselves and take on the role of the “man of the house” causing power struggles between himself and his mother. Girls often feel more maternal earlier in life (especially when they’ve been tasked with looking after younger siblings). As adults, these children struggle to maintain long-term relationships and, in a cruel twist of fate, are more likely to end up divorced or as single parents themselves. Both men and women are more likely to engage in promiscuous behaviour. A natural consequence of this is an increased risk of pregnancy in teenage girls. Often they struggle to raise their own children because they do not have two parents upon which to base their parenting style. In the wider scheme of things, fatherless children are more likely to struggle at school and drop out.

Economically, they are significantly more likely to suffer economic disadvantage and, in extreme cases, outright poverty (including homelessness). As a result, many of these children live in poorer neighbourhoods, struggle to have their basic needs met, and are disadvantaged in school. As adults, fatherless children are four times more likely to experience long-term unemployment, remain welfare dependent, and have low incomes.

It should be clear that our current relationship system is not working. We must destroy the cancerous influences of feminism and Marxism in the social sphere. We must use cultural means – media, TV shows, movies, novels, magazines, etc. – to properly educate the masses about relationships and sex. On the legal and political front, divorce must be made harder to obtain. No Fault divorce, a cancerous law, must be replaced with a system of Fault Divorce which is fair to both men and women, and which dignifies and upholds the integrity of the institution of marriage.