The Consequences of Coronavirus 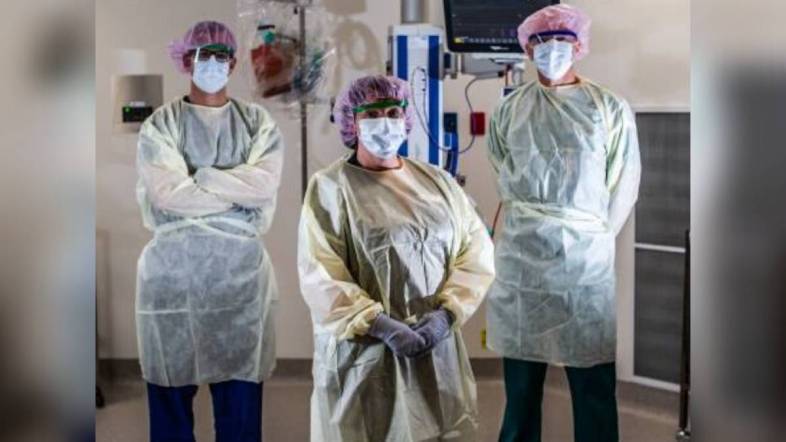 Like most Australians, I have spent the past few weeks isolated in my home. With stores closed and public events cancelled, many of us have had to find new ways of keeping ourselves entertained. For me, this period of isolation has been spent reading, writing, and reflecting. However, when one is relaxing it can become easy to forget about the outside world. And it is easy to forget that the long-term consequences of Covid-19 will far outweigh any short-term inconveniences we may be suffering.

After its human victims, the first casualty of Covid-19 will be the health and vitality of the global economy. Nations like Australia have decided, quite rightly, that their most immediate priority is to protect the health of its citizens. The lockdowns, social-distancing, and other measures taken to prevent the spread of Covid-19 have certainly been effective, but they have come with negative economic consequences.

Particularly hard hit will be the tourism and hospitality industries. The Asia Conference stated that the negative impacts of the virus are “likely to worsen as the outbreak continues to disrupt tourism, trade, supply chains, and investments in China.” Likewise, the World Travel and Tourism Council has warned that the economic impacts of Covid-19 could wipe out fifty-million jobs in the travel and tourism industries.

The second casualty will be a change in the way much of the world thinks about its relationship with China. It took the Chinese Communist Party a month to be bothered informing the World Health Organisation of the existence of Covid-19. Thanks to their incompetence, the virus has been able to spread beyond China’s borders. Many people will be left asking: can we really trust a government that has proven itself to be so intrinsically untrustworthy?

The Chinese Communist Party’s reaction to negative press hasn’t exactly endeared them, either. Chinese authorities have been quick to clamp down on anyone who contradicts the claim that the Chinese response to the virus has been effective. In one notable case, a post made by Dr. Li Wenliang on WeChat was dismissed as “illegal acts of fabricating, spreading rumours, and disrupting social order” because it claimed that victims of Covid-19 were being quarantined at the hospital he worked at.

China’s attempts to crack down on negative press outside their borders have been less successful In February, Ivo Daadler wrote in the Chicago Tribune that the Chinese government’s secrecy over Covid-19 made the situation worse than it needed to be. “The fact that China chose secrecy and inaction turned the possibility of an epidemic into a reality”, Daadler wrote in his article.

Daadler’s article has been picked up by several publications, including the Korea Herald and the Kathmandu Post, who published it with an illustration of Chairman Mao wearing a surgical mask. The Chinese Embassy in Nepal dismissed the article as “malicious.” The Nepalese press, however, responded to the accusation by accusing the Chinese embassy of making a “direct threat to the Nepali people’s right to a free press.”

The third casualty of Covid-19 will be the globalist philosophy that has dominated politics over the past few years. People have discovered, much to their chagrin, that the spread of Covid-19 has been facilitated by the ideals of openness that globalism espouses. They are discovering that open borders, mass migration, and crowded housing are harbingers of disease. It is very unlikely that people will be as accepting of open borders and high immigration as they once were.

The ability to share products and ideas is a wonderful innovation. However, people must be willing to accept that the transfer of these things from one place to another also comes with the transfer of less palatable things, like crime and disease. And, truth be told, most people aren’t. This fact has not been lost on many of Europe’s right-wing political parties who are now calling for tighter restrictions on borders during the pandemic.

Although the decline in globalism is sorely needed, Covid-19 has also come with an increase in racism and xenophobia, particularly against Asian people. According to Business Insider, instances of racist and xenophobic attacks, ranging from mere verbal abuse to physical assault, have increased with the Covid-19 pandemic. The sad truth is that discrimination and hatred go hand-in-hand with pandemics. If you associate a group of people with a particular disease and then refuse to associate with them you are much less likely to catch that disease yourself.

The long-term consequences of Covid-19 are going to be far more severe than the current inconveniences it poses. Measures to restrict its spread have caused profound economic penalties, especially in the hospitality and tourism sectors, that will take years to heal. Similarly, relations between China and the world have been tarnished by the Communist Party’s vehement attacks against negative (and richly deserved) criticism and their refusal to be honest about the situation. Finally, Covid-19 will see a decline in the popularity of globalism, open border policies, and mass migration. This pandemic has marked the beginning of a brave new world.