An Ode to the Barber Shop 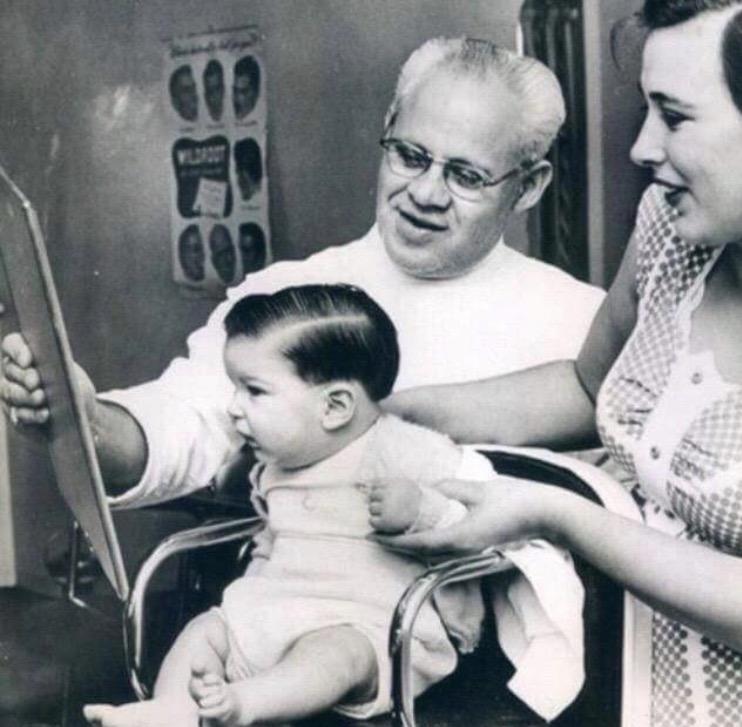 Isn’t it amazing just how much of our lives we take for granted? The vast majority of us have never really taken into consideration the organizational effort that goes into running a local library or operating a small business. Like most of us, I have eaten at pubs, borrowed library books, and gotten my haircut without giving a second thought to the little intricacies that make such things possible. Then my barber decided to retire.

If I’m honest, learning that John, my barber of over five years, had decided to retire threw me in a loop. The prospect of finding a decent, skilled barber who could deal with my thick, wavy hair seemed virtually insurmountable. The truth is that the relationship John and I had ran deeper than just mere haircuts. Our friendship was based on a familiarity built over a number of years. John knew my hair and knew how I liked it. And I had the honour of having my hair cut by a man who had been barbering since the mid-sixties, and who was a pillar of his community.

John was one of a dying breed: the traditional barber. They offered men a haircut and, perhaps, a shave (occupational health and safety not withstanding), and little else. These barber shops were usually small and run by only a few men. They had built personal relationships with their clients over a number of years. These barbers knew their customers, knew their backgrounds, and knew how they liked their hair. (Naturally, this was dependent on clients returning to the same barber year after year, month after month).

Sadly, society no longer believes in style, glamour, and sophistication. The traditional barber shop has given way to a cruder, wannabe variety. These establishments are more masculinised hair dressing salons than proper barber shops. These places think that by offering cheap haircuts in an atmosphere immersed in masculine nostalgia – usually achieved through wood paneling, empty Jack Daniels bottles, and pictures of men doing “manly” things – they can achieve the mantle of the traditional barber shop.

The truth is that they can’t. Gruff looking barbers with arms covered in tattoos are about as far away as one can get from the dapper gentlemen who cut men’s hair in the past. When I walk out of the barber, I want to look and feel like Cary Grant, not like a thug. John made that happen for me. He and his kind are vanishing rapidly. They will be missed.

A Man For All Seasons

It is a rare occurrence to see a film that is so memorable that it implants itself on the human psyche. A film that contains such a captivating story, compelling characters, and profound themes occurs so rarely it becomes etched into our collective unconscious. A Man for All Seasons is one of those films.

During the 1530s, King Henry VIII broke away from the Catholic Church, passed the Act of Succession (which declared Princess Mary (1516 – 1558), the King’s daughter with Catherine, illegitimate) and the Act of Supremacy (which gave Henry supreme command over the Church in England), and made himself the Supreme Head of the Church of England.

In A Man for All Seasons, Henry asks Sir Thomas More (1478 – 1535) to disregard his own principles and express his approval of the King’s desire to divorce his wife and establish an English Church separate from Rome. Henry believes that More’s support will legitimise his actions because More is a man known for his moral integrity. Initially, Henry uses friendship and dodgy logic to convince his friend. It fails, and the so-called “defender of the faith” tries using religious arguments to justify his adultery.  When this fails, he merely resorts to threats. Again, More refuses to endorse Henry’s actions.

A Man for All Seasons is really about the relationship between the law (representing the majesty of the state) and individual consciousness. In the film, Sir Thomas More is depicted as a man with an almost religious reverence for the law because he sees it as the only barrier between an ordered society and anarchy. In one scene, when William Roper the Younger (1496 – 1578) tells him he would gladly lay waste to every law in order to get at the devil, More replies that he would “give the devil benefit of law for my own safety’s sake.”

More’s reverence goes far beyond mere man-made law, however. He also shows a deep reverence for the laws of God, as well. After being sentenced to death, More finally breaks his silence and refers to the Act of Succession, which required people to recognise Henry’s supremacy in the Church and his divorce from Catherine of Aragon, as “directly repugnant to the law of God and His Holy Church, the Supreme Government of which no temporal person may be any law presume to take upon him.” More argues that the authority to enforce the law of God was granted to Saint Peter by Christ himself and remained the prerogative of the Bishop of Rome.

Furthermore, More argues that the Catholic Church had been guaranteed immunity from interference in both the King’s coronation oath and in Magna Carta. In his coronation oath, Henry had promised to “preserve to God and Holy Church, and to the people and clergy, entire peace and concord before God.” Similarly, the Magna Carta stated that the English people had “granted to God, and by this present charter confirmed for us and our heirs in perpetuity, that the English Church shall be free, and shall have its rights undiminished, and its liberties unimpaired.”

The central problem of the film is that the legal and political system in England is incapable of allowing More to hold a contradictory, private opinion. Even before he is appointed Chancellor, More expresses no desire to get involved with the debate surrounding the King’s marriage. He will not, however, swear an oath accepting the King’s marriage or his position as the head of the Church of England. More believes that it is the Pope who is the head of the Church, not the King, and he is perfectly willing to sacrifice his wealth, family, position, freedom, and, ultimately, his life to retain his integrity.