A WIN FOR CHRISTIAN BAKERS 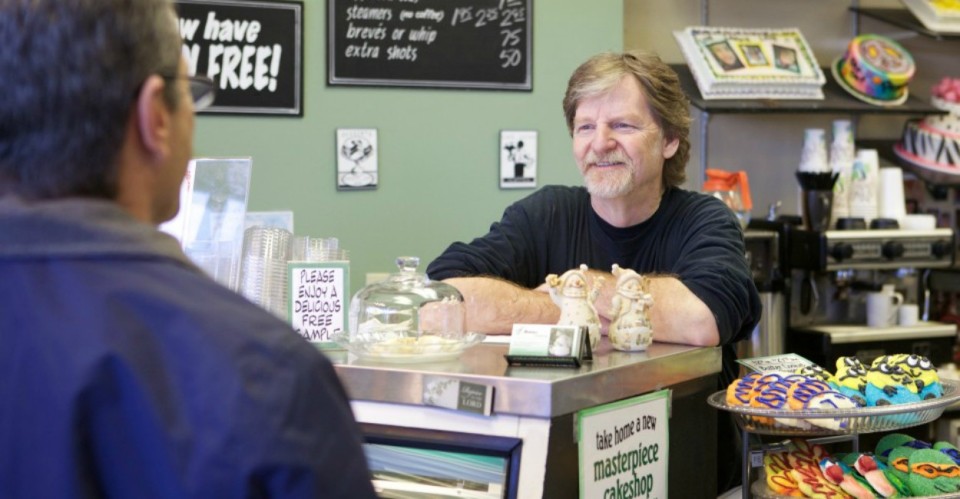 The Department of Justice has filed a brief on Thursday on behalf of baker, Jack Phillips.

Phillips was found to have violated Colorado’s anti-discrimination laws after he refused to bake a cake for Charlie Craig’s and David Mullin’s “wedding” in 2012. Phillips had argued that baking a cake for gay wedding violated his religious beliefs.

The Justice Department has concurred, stating that the cakes he produces constitute a form of expression and that he should not be compelled to use his talents to express support for something he does not believe in. Acting Solicitor General, wrote in the legal brief:

“Forcing Phillips to create expression for and participate in a ceremony that violates his  sincerely held religious beliefs invades his First Amendment rights.”

The American Civil Liberties Union has responded to the move by calling it “shocking.” Similarly, Democratic Senator for California, Kamala Harris, tweeted:

“Shame on the Justice Department for siding with discrimination. It has no place in our society.”

It is refreshing to see a Justice Department that is committed to protecting both free markets and the religious liberties of the American people. For too long, the gay rights lobby has been able to intimidate those who do not share their views. This decision represents a Justice Department and an administration that is committed to protecting everyone’s rights and liberties, not just the imaginary rights of an outspoken minority.