The Death of Comedy 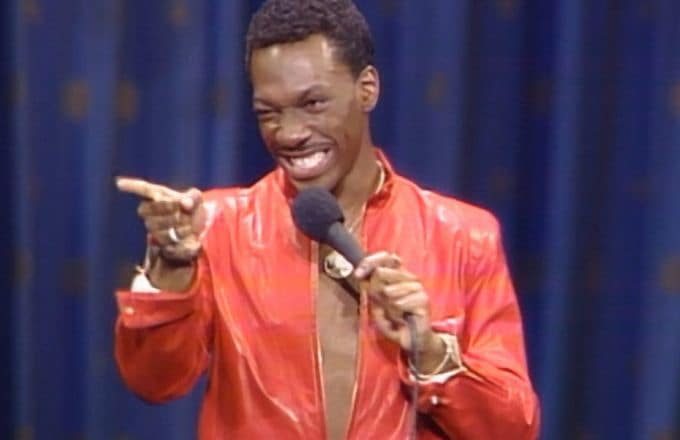 In March of this year, the vlogger Mark Meechan was convicted in a Scottish Court of violating the Communications Act 2003 for a video he had uploaded to YouTube in April 2016. The video, which Meechan claimed had been produced for comedic purpose (he claimed he wanted to annoy his girlfriend), featured a pug dog making Hitler salutes with its paw, responding to the command “gas the Jews” by tilting its head, and watching a Nazi rally at the 1936 Berlin Olympics.

The Scottish Court that convicted Meechan (who is much better known as ‘Count Dankula’) concluded that he had been motivated to produce the video by religious prejudice. Perhaps without realising it, by convicting Meechan, the Scottish legal system has illustrated the importance of free speech and the threat that political correctness poses to it.

Unfortunately, legally and politically incited attacks against both free speech and comedy are not limited to the United Kingdom. In Canada, politically correct inspired attempts to silence comedians have been instantiated into law. In one alarming case, the Quebec Human Rights Commission awarded Jeremy Gabriel, a disabled former child star, $35,000 in damages after he was ridiculed in a comedy routine by Mike Ward.

It is little wonder, then, that some comedians have seen cause for alarm. Some, like Chris Rock, now refuse to perform on college campuses because of the oversensitivity of some of the students. Others, like legendary Monty Python star John Cleese, have warned that comedians face an “Orwellian nightmare.”

Political correctness is the antithesis of comedy. It is not that comedians have been prevented from practising their craft, but that the pressures political correctness place on them makes it difficult to do so. The comedian feels himself pressured to self-censor himself because of the way words are categorised by their supposed offensive or inoffensiveness. And he finds himself fearful of having his words twisted and misinterpreted to mean something other than what he meant it to mean.

Much of the problem arises from a culture that has elevated politics to something approximating religion. And, like all zealots, the fanatics of this new religion have attempted to conform every aspect of society to their new faith. It is the job of the comedian to make me laugh. It is not his job, as some would have you believe, to play the role of political activist.

Unfortunately, that view is not one held by many on the radical left. In an article for the Sydney Morning Herald, Judith Lucy opined that people wanted to “hear people talk about politics or race.” And it seems that there are people who agree with Lucy. Comedy is not to be used to bring joy to people, but as a platform to espouse politics. Comedy has become a form of propaganda. And it is the liberal agenda that determines what is considered funny and what isn’t.

What the politically correct offer instead of genuinely funny comedy is comedy as a form of political activism. Comedy is to be used to spread progressive ideas and political correctness is to be used to silence that which opposes those ideas. Take, for example, Tim Allen’s sitcom Last Man Standing, which revolved around a conservative protagonist, which was cancelled by the American Broadcasting Company despite its popularity.

And nowhere can this trend of comedy as political activism can be seen more readily than in the current incarnations of late-night television. Legendary comics like Johnny Carson and David Letterman established late-night television as a form of entertainment that provided light-hearted entertainment before sending its audience off to bed. It was not afraid of offending people in order to do so, either. Today, however, this willingness to offend others seems only to be targeted towards those on the right of the political spectrum. It is as though the late-night comedian has decided to use his position to preach progressive politics to its audience rather than using their talent to make insightful and hilarious observations about the world around us. The result is that late-night host places commenting on political or social matters above entertaining his audience.

It is as though the late-night host has replaced humour for indignation. The “jokes” (in reality they are tirades) contain more than a modicum of vitriol and resentment. Samantha Bee referred to Ivanka Trump as a “feckless cunt”, Stephen Colbert accused President Trump of being Vladimir Putin’s “cock holster”, so on and so forth.

While it may seem alarming, it is precisely what happens when comedians see themselves as activists rather than entertainers. As Danna Young, Associate Professor of Communication at the University of Delaware, commented:

“When comics abandon humour and go with anger instead, they come just another ‘outrage’ host. Now, if that’s cool with them, great. But if they are looking to capitalise on the special sauce of humour, then they’ll need to take their anger and use it to inform their craft, but not have it become their craft.”

Fortunately, there is a litany of comedians who refuse to conform their comedy to the morays of political correctness and progressive politics. Numerous comedians have denigrated political correctness as the “elevation of sensitivity over truth” (Bill Maher) and “America’s newest form of intolerance” (George Carlin). Jerry Seinfeld, a man whose comedy routines are considered among the least offensive in comedy, referred to political correctness as “creepy” on Late Night with Seth Meyers. Bill Burr accused social justice warriors of being bullies. Likewise, Ricky Gervais has tweeted “if you don’t believe in a person’s right to say things you find ‘grossly offensive’, you don’t believe in free speech.”

And all of this is not to say that political correctness has destroyed genuinely funny comedy, either. Netflix has spent a great deal of money producing comedy specials that are, in many cases, far for inoffensive. Ricky Gervais comedy special Humanity has featured jokes about rape, cancer, transgenderism, AIDS, and the Holocaust.

Comedy has been threatened by both progressive politics and political correctness. Mark Meechan may have found himself running afoul of the politically correct left, but as long as their people who stand committed to free speech and comedians prepared to make offensive jokes, the laughter will continue.