Whatever Happened to Personal Responsibility 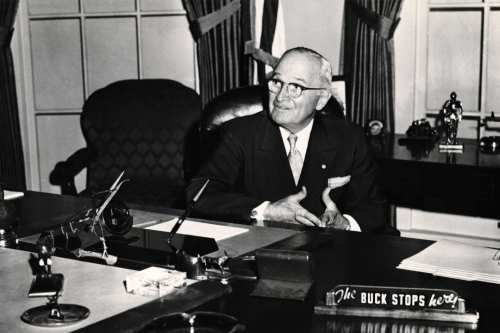 There is an old adage which states that you do not know how big a tree is until you try and cut it down. Today, as cultural forces slowly destroy it, we are beginning to understand that the same thing can be said about personal responsibility.

Furthermore, such ideologies led otherwise decent individuals to commit acts of unspeakable violence. Whilst observing the trial of Adolf Eichmann, a former SS soldier who had been one of the architects of the Holocaust, the writer, Hannah Arendt was struck by the “banality of evil” that had characterised German war atrocities. Arendt noted that the men who conspired to commit genocide were not raving lunatics foaming at the mouth, but rather dull individuals inspired to commit evil due to a sense of duty to a toxic and corrupt ideology.

The Bolsheviks taught the Russian people that their misfortune had been caused by the wealthy. And that the wealth was gained through theft and exploitation. Likewise, the Nazis convinced the German people that their problems could be blamed on the Jews. It is not difficult to see how this philosophy led, step by step, to the gulags and the concentration camps.

The same thing is happening today. The only difference is that those who play it have become more sophisticated. Today people are encouraged to identify with identity groups ranked by so-called social privilege. Then they are taught to despise those with more social privilege than them.

Under this philosophy, crime is not caused by the actions of the individual, but by social forces like poverty, racism, and upbringing. Advocates claim that women should not be forced to take responsibility for their sexual behaviour by allowing them to essentially murder their unborn children. Sexually transmitted diseases like HIV is caused by homophobia rather than immoral and socially irresponsible behaviour. And alcoholism and drug addiction are treated as a disease rather than a behaviour the addict is supposed to take responsibility for. The list is endless.

Personal responsibility helps us take control of our lives. It means that the individual can take a certain amount of control over his own life even when the obstacles he is facing seem insurmountable.

No one, least of all me, is going to argue that individuals don’t face hardships that are not their fault. What I am going to argue, however, is that other people will respect you more if you take responsibility for your problems, especially if those problems are not your fault. Charity for aids sufferers, the impoverished, or reformed criminals is all perfectly acceptable. But we only make their plight worse by taking their personal responsibility from them.

Responsibility justifies a person’s life and helps them find meaning in their suffering. Central to the Christian faith is the idea that individuals are duty bound to bear their suffering with dignity and grace and to struggle towards being a good person. To force a man to take responsibility for himself is to treat him as one of God’s creations.

Freedom from responsibility is slavery, not freedom. Freedom is the ability to make decisions according to the dictates of own’s own conscience and live with the consequences of that decision. Freedom means having the choice to engage in the kind immoral behaviour that leads to an unwanted pregnancy or AIDS. What it does not do is absolve you from responsibility for those actions. Slavery disguised as kindness and compassion is still slavery.