Home » Uncategorized » No, Masculinity is Not a Problem

No, Masculinity is Not a Problem 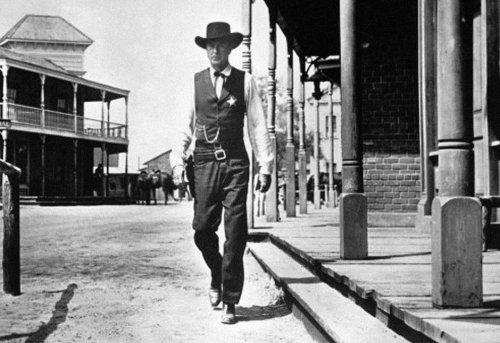 The War on Masculinity is intensifying. Just a few weeks ago, the American Psychological Association released Guidelines for Psychological Practice with Boys and Men, a far-left, neo-Marxist inspired document that essentially aims to stigmatise masculinity.

The APA’s guidelines are filled with anti-masculine ideas and opinions. It is designed, so the APA tells us, to aid mental health professionals in their dealings with boys and men. Masculine ideology, the APA claims, is a “set of descriptive, prescriptive, and proscriptive of cognitions about boys and men. Although there are differences in masculine ideologies, there is constellation or stands that had held sway over large segments of the population including anti-femininity, achievement, eschewal of the appearance weakness, and adventure, risk, and violence.” They claim that the research had revealed that “traditional masculinity – marked by stoicism, competitiveness, dominance, aggression – is, on the whole, harmful.”

The first guideline states that psychologists should “strive to recognise that masculinities are constructed based on social, cultural, and contextual norms.” According to the guidelines, “traditional masculinity ideology can be viewed as the dominant form of masculinity that strongly influences what members of a culture take as normative.”

From this, it is evident that the APA has bought into the social constructivist philosophy. The authors deny any natural – whether it be biological, chemical, or otherwise – basis for gender. Rather than defining masculinity as an independent entity in and of itself (which would be to acknowledge that it is largely universal), the APA has instead decided to use the term ‘masculinities’ to “acknowledge the various conceptions of masculine gender roles associated with an intersection of multiple identities.” They implore psychologists to “understand the complex role of masculinity in boys and men” and inform them that it is “critical to acknowledge that gender is a non-binary construct.”

The second guideline states that “psychologists [should] strive to recognise that boys and men integrate multiple aspects of their social identities across their lifespan.” Aspects of identity, according to the guidelines, include age, race, gender, class, ethnicity, spirituality, immigrant status, ability, and sexual orientation. Everything is the product of social influence. Even gender development in unborn children is caused by the “expectations that parents and other significant adults have for how a boy should be treated and how he should behave.” After birth the indoctrination continues:

“Boys (and girls) begin to make distinctions between males and females during infancy and increasingly assign certain meanings to being male based on their gender socialisation experiences. Over time, a boy’s gender identity becomes crystallised and exerts a greater influence on his behaviour. By the time he reaches adulthood, a man will tend to demonstrate behaviours as prescribed by his ethnicity, culture, and different constructions of masculinity.”

The third guideline states: “psychologists [should] understand the impact of power, privilege, and sexism on the development of boys and men and on their relationship with others.” The guidelines state that:

“Although privilege has not applied to all boys and men in equal measure, in the aggregate, males experience a greater degree of social and economic power than girls and women in a patriarchal society. However, men who benefit from their social power are also confined by system-level policies and practices as well as individual-level psychological resources necessary to maintain male privilege. Thus, male privilege often comes with a cost in form of adherence to sexist ideologies designed to maintain male power that also restricts men’s ability to function adaptability.”

And, as if that wasn’t bad enough, the APA takes it one step further by claiming that men are deeply ingrained with sexist attitudes purely because they are men. “Although the majority of young men may not identify explicitly with sexist beliefs”, they argue, “for some men, sexism may become deeply ingrained in their construction of masculinity.”

The fourth guideline states that “psychologists strive to develop a comprehensive understanding of the factors that influence interpersonal relationships of boys and men.” Despite a wealth of evidence to the contrary, the APA places the blame for the male proclivity towards promiscuity squarely at the feet of culture rather than nature.

Needless to say, I stand steadfastly opposed to these guidelines and the insidious philosophies that have inspired them. As Toby Young of The Spectator rightly observed, these guidelines will affect the lives of boys and men for years to come. These guidelines will be used by education institutions, the American justice system, the medical system, and human resources departments for years to come. (And, mark my words, it’s only a matter of time before something similar makes its way to Australia). I concur with Young when he writes that these guidelines suggest that it is the “ethical duty of psychologists, as well as parents, teachers, coaches, religious and community leaders, to root out these masculine pathologies and help men become… well, less manly.”

The entire APA’s guidelines are imbued with the post-modern, feminist, identity politics ideologies of the social-justice left. From the opening paragraph, the influence of neo-Marxist philosophy is strongly evident. Rather than treating individuals and their problems on an individual basis as psychologists are supposed to do, the APA is advocating a collectivist approach to people and their problems. Those who are white, Christian, and male are accused of having unearned social privilege.  The introductory paragraph states that the way a man’s masculine identity intersects with his race, ethnicity, culture, migratory status, class, ability, sexual orientation, gender identity, and religious belief. And they claim that all this creates both positive and negative psychological, behavioural, and relational health outcomes.

These views, of course, are contradictory. In the opening paragraph, the APA writes:

On the one hand, the APA accuses men of benefiting from their unearned social privilege. On the other hand, they also accuse men of being the victims of their own masculinity.

I believe there are two reasons why this is happening. First, western civilisation has lost faith in the masculine ideal. Masculinity has been reduced to a negative caricature. Masculinity is no longer symbolised by the heroes of folklore and mythology or by the father figure of yesteryear. Rather it has reduced to a beer-swilling, sloppy, unintelligent Neanderthal. Male sexuality has been stigmatised as predatory, male aggression is seen as primitive, and competition between men has been characterised as evil (presumably because it marginalises lesser men).

Second, certain social movements – feminism, in particular – have produced a culture that psychologically emasculates men and boys by stigmatising traditional masculinity. These social movements see men as predatory and have therefore taken the logical step of emasculating them to make the world as a safer place.

And this cultural shift has had a negative impact on young men. It has produced a crisis which has seen many young men drop of out of society and turn their backs of meaningful employment, sex, or relationships. These young men have instead decided to feel their lives with escapist and expedient pursuits. Video games may be fun, but they are not a substitute to achievement in the real world. Masturbating to pornography may provide brief sexual pleasure, but it is a rather inadequate substitute for a real relationship with a real woman. It is not good for a society to have its young men forego personal responsibility and genuine achievement so easily.

Men’s problems do not come from an overabundance of masculine ideology, but rather from a lack of genuine masculine virtue. In a society plagued by fatherlessness, many young men lack the male role models to teach them how to be good men. These men have turned to the culture to find their male role models and find that a superhero, action star, or rapper is a poor substitute to the presence of a real father in their lives. And then they find themselves trapped in a society that punishes them for their virtues.

The remedy to the problems men face is not the denigration of masculinity, but to encourage men to develop masculine virtues by embracing personal responsibility. Wisdom, bravery, integrity, and self-restraint are the best antidotes to the toxic aspects of masculinity. A prudent society will provide a young man or boy with positive male role models who exude positive masculine virtues, these men will include his father, older brothers, sports coaches, scout leaders, and male mentors, in addition to the heroes of film and literature. Society needs to encourage men to be the best they can, not punish them for their virtues.

By themagus1992 in Uncategorized on February 7, 2019.
← A Man For All Seasons The Problem With Modern Action Movies →