Home » culture » THE NIGHT THEY DROVE OLD DIXIE DOWN

THE NIGHT THEY DROVE OLD DIXIE DOWN

This week for our cultural article we will be examining The Band‘s 1969 folk-rock song, The Night They Drove Old Dixie Down.

Rolling Stone magazine has described The Band as a group that “linked American folklore to primal myths.” They were founded in 1958 when Ronnie Hawkins (1935 – ) formed a backing band that would become known as Ronnie Hawkins and the Hawks. The first future Band member to join would be drummer Levon Helm (1940 – 2012).

Ronnie Hawkins and the Hawks toured the American south. This was followed by a tour of Ontario, Canada.  While in Canada, Willard Jones departed and Ronnie Hawkins was forced to hire a new pianist. He found one in Scott Cushnie. However, Cushnie would only agree to join if Hawkin’s hired Robbie Robertson (1943 – ) as well. Reluctantly, Hawkins agreed, and Robertson replaced Jimmy Evans on bass. After a short while, Robertson would be moved to rhythm guitar, playing behind Fred Carter’s (1933 – 2010), and, briefly, Roy Buchanan’s ((1939 – 1988)) lead.

Following Hawkin’s departure, The Hawks selected Levon Helm to be their frontman and renamed themselves, alternatively, Levon and the Hawks, and Canadian Squires.

It was their work as Bob Dylan’s (1941 – ) backing band that first brought The Band to attention. The group had first been introduced to Dylan by blues singer, John Hammond, Jr. (1942 – ). Initially, Dylan only hired Helm and Robertson but was quickly encouraged to hire the rest of the group, as well.

With Dylan, The Band was forced to reconcile themselves with a new kind of music and a new type of audience. With Ronnie Hawkins, they had played as a tightly formed musical unit playing rhythm and blues-based rock. Their chief influences were the music put out by Chess Records in Chicago and Sun Records in Memphis. Most of their audiences were interested in having a good time. With Dylan, on the other hand, they were forced to adapt to electric adaptations of folk songs to audiences who seemed determined to reject them, if only on principle.

Between 1969 and 1975, The Band enjoyed great influence and popularity. They followed their first album with 1969’s The Band. This was followed by Stage Fright in 1970. Later that year, The Band would tour with Janis Joplin (1943 – 1970) and The Grateful Dead on the Festival Express Canadian concert tour.

Unfortunately, cracks were already beginning to appear with The Band‘s framework. Robbie Robertson was exerting greater control of the group. Helm argued that Robertson was being authoritarian and greedy, but Robertson justified himself by arguing that Helm, Danko, and Richard Manuel’s (1943 – 1986) heroin usage were making them increasingly more unreliable. Despite their troubles, The Band released Cahoots in 1971. This was followed by the live album Rock of Ages. In 1973, The Band released Moondog Matinee.

The Band released their final album, Islands, in 1977 and disbanded later that year. 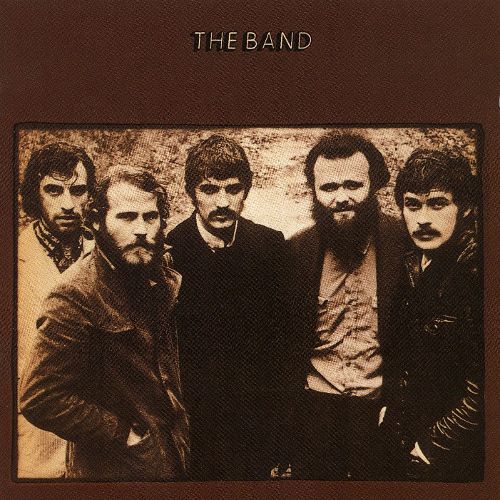 Virgil Caine is the name and I served on the Danville train
‘Til Stoneman’s cavalry came and tore up the tracks again.
In the winter of ’65, we were hungry, just barely alive.
By May the tenth, Richmond had fell,
It’s a time I remember, oh so well

Back with my wife in Tennessee,
When one day she called to me:
“Virgil, quick, come see, there goes Robert E.Lee.”
Now I don’t mind choppin’ wood
And I don’t care if the money’s no good.
You take what ya need and you leave the rest,
But they should never have taken the very best.

Like my father before me, I will work the land.
And like my brother above me, who took a rebel stand.
He was just eighteen, proud and brave
But a Yankee laid him in his grave.
I swear by the mud below my feet
You can’t raise a Caine back up when he’s in defeat 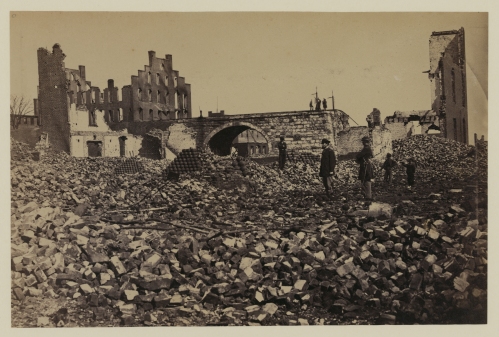 The story of The Night They Drove Old Dixie Down begins in August of 1968 when Robbie Robertson was inspired to write a song about the “beautiful sadness” of the South. The finished song would appear on The Band‘s self-titled second album: a concept album that used people, places, and traditions within Americana as musical themes.

The song is set to the backdrop of the American Civil War (1861 – 1865). In his book, American Oracle, historian David Blight (1949 – ), explained how the Civil War helped define the United States’ self-conception:

This setting, of course, is a large part of the song’s appeal. Music journalist, Greil Marcus (1945 – ) wrote in his book, Mystery Train, that The Night They Drove Old Dixie Down had less to do with the Civil War itself and more to do with “the way each American carries a version of that event within himself.” Marcus went on to write:

“It is hard for me to comprehend how any Northerner, raised on a very different war than Virgil Kane’s,  could listen to this song without finding himself changed. You can’t get out from under the singer’s  truth—not the whole truth, but his truth—and the little autobiography closes the gap between us.  The performance leaves behind a feeling that for all our oppositions, every American still shares this old event; because to this day none of us has escaped its impact, what we share is an ability to respond to a story like this one.

“Nothing I have read … has brought home the overwhelming human sense of history that this song does.  The only thing I can relate it to at all is The Red Badge of Courage. It’s a remarkable song, the  rhythmic structure, the voice of Levon and the bass line with the drum accents and then the heavy  close harmony of Levon, Richard and Rick in the theme, make it seem impossible that this isn’t some  traditional material handed down from father to son straight from that winter of 1865 to today. It has  that ring of truth and the whole aura of authenticity.”

The Band‘s The Night They Drove Old Dixie Down demonstrates how music and words can be used to give meaning and depth to a nation’s historical experiences.