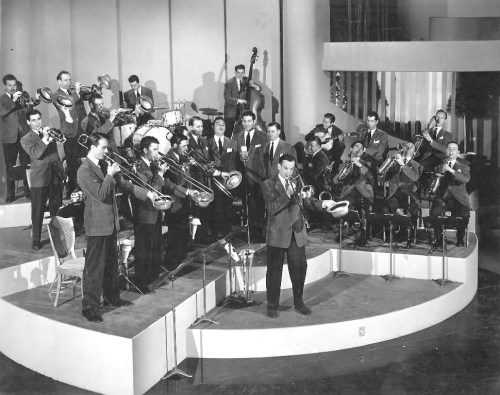 This week for our cultural article we will be looking at Glenn Miller’s signature tune, the dreamy ballad Moonlight Serenade. 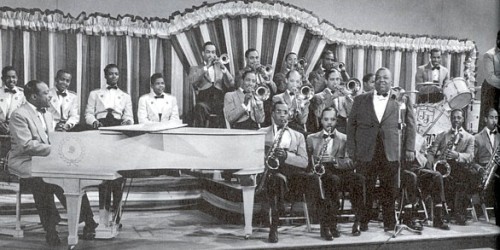 Moonlight Serenade is a classic of Big Band Jazz, a popular form of music during the Swing Era of the 1930s and 1940s. Unlike smaller jazz combos, which relies heavily on improvisation, Big Band Jazz is usually highly arranged. It typically involves ten or more musicians, including a minimum of three trumpeters, two or more trombonists, four or more saxophonists, and a rhythm section consisting of a pianist, bassist, guitarist, and drummer 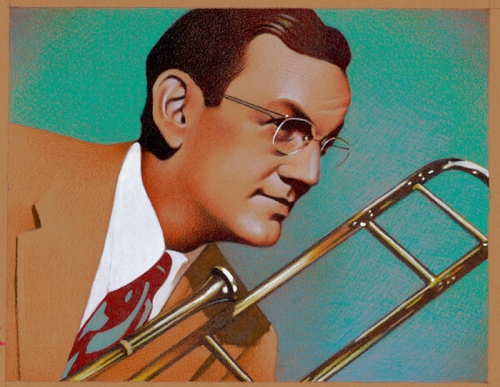 Glenn Miller was born on March 1st, 1904 in Iowa. His family moved frequently through his childhood: first to Missouri, then to Nebraska, before finally settling in Colorado in 1918. Miller briefly played the mandolin before switching to the trombone. He played in the school band while attending High School in Fort Morgan, Colorado.

Upon graduating in 1921, Miller joined Boyd Senter’s Orchestra. He left the band briefly in 1923 to attend college, but quit after a year to return to music. He worked with the Ben Pollack Band in Los Angeles, California, before moving to New York City to work as a freelance trombonist and arranger.

In 1934, Miller became the musical director for Tommy Dorsey’s Band. The next year, Miller would form an American orchestra for British bandleader, Ray Noble. That same year, Miller formed his own band and began recording under his own name.

The Glenn Miller Orchestra found fame in 1939 when it performed at the Glen Island Casino in New Rochelle, New York.  The performance was broadcasted on the radio, exposing Glenn Miller to millions of people.

On December 15th, 1944, the transport plane taking Miller to the newly liberated Paris disappeared. He was forty-years-old. 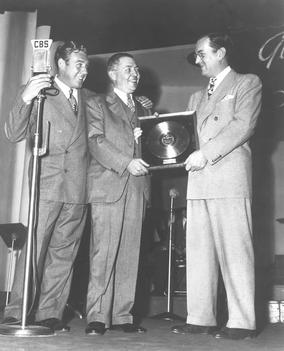 Moonlight Serenade was written in 1935 when Miller was working as a trombonist with the Ray Noble Band. In 1938, Miller used the song has a theme for his NBC radio broadcast.  On April 4th, 1939, Miller recorded Moonlight Serenade as a b-side for Sunrise Serenade.  The song became a success, becoming a top ten hit on the US Pop Charts, and reached number three on the Billboard charts, where it stayed for fifteen weeks.

Miller’s Moonlight Serenade symbolises the sound of a by-gone era. An era when men wore suits and women wore dresses, and when Big Band Jazz ruled the airwaves. Why not consider giving it a listen?

By themagus1992 in culture on August 13, 2017.
← VIOLENT PROTEST IN VIRGINIA LEAVES ONE DEAD, NINETEEN INJURED SELF MASTERY →