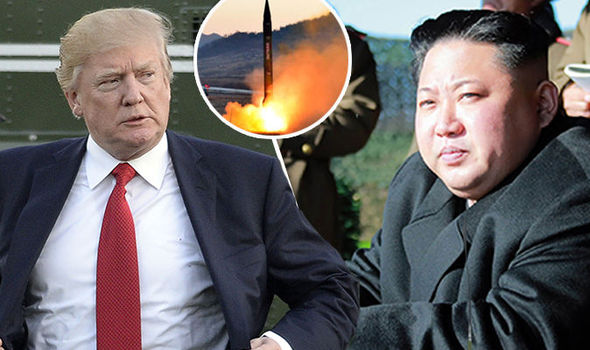 President Trump has increased the force of his rhetoric against North Korea, warning the rogue nation that they would “regret it fast” if they kept threatening the US and her allies. Trump tweeted on Friday morning: “military solutions are now in place, locked and loaded, should North Korea act unwisely. Hopefully, Kim Jong Un will find another path.”

“If he utters one threat in the form of an overt threat … or if he does anything with respect to Guam  or anyplace else that’s an American territory or an American ally, he will truly regret it, and he will  regret it fast.”

Trump went on to say:

“I hope that they are going to fully understand the gravity of what I said, and what I said is what  I mean. Those words are very easy to understand.”

President Trump has received support from the Australian Prime Minister, Malcolm Turnball. Others, however, have expressed concern. Chief of Staff to Colin Powell, former Secretary of State under George W. Bush, Colonel Lawrence Wilkerson told MSNBC that he is more concerned with Trump’s rhetoric than with North Korea’s nuclear capabilities.

“I don’t see a military solution and I don’t think it’s called for. I think escalating the rhetoric is the wrong answer, I see the need for enduring work at the UN Security Council.”

“China opposes both nuclear proliferation and war in the Korean Peninsula. It will not encourage any side to stir up military conflict, and will firmly resist any side which wants to change the status quo of the areas where China’s interests are concerned. It is hoped that both Washington and Pyongyang can exercise restraint. The Korean Peninsula is where the strategic interests of all sides converge, and no side should  try to be the absolute dominator of the region.”

President Trump’s rhetoric is changing the dynamic of the argument. When North Korea threatened Guam, Trump threatened North Korea. Furthermore, a nuclear reprisal by the US on North Korea would probably wipe the rogue nation off the map.