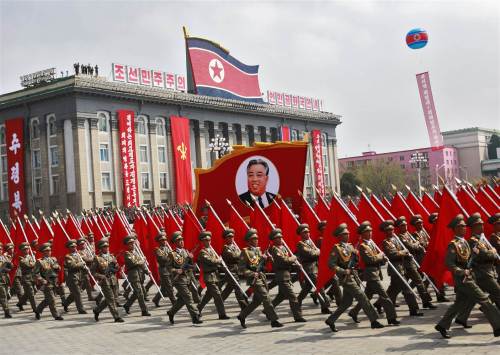 Donald Trump has warned North Korea that it would be met with “fire and fury” if it continued its sabre-rattling. Trump stated:

North Korea has responded to Trump’s threat by threatening to strike the US military base in Guam.  Unsurprisingly, Trump’s warning has many people concerned that a potential standoff between the two countries may devolve into a war. According to a CNN poll, seventy-two percent of Americans feel uneasy about potential conflict with North Korea. Despite this, the same poll shows that sixty-percent of Americans feel North Korea’s development of nuclear weapons is a threat that needs to be contained.

A war with North Korea is unlikely, however. President Trump would need to seek the approval of Congress before he could launch an attack on the rogue nation. As Republican Senator for Alaska, told Erin Burnett on Out Front:

“One of the options that they’re looking at that would eventually materialise is a preemptive war on the Korean Peninsular launched the US. Well, that would clearly in my view require the authorization from Congress.”

By themagus1992 in Politics on August 9, 2017.
← GOOGLE FIRES EMPLOYEE FOR NOT BELIEVING IN DIVERSITY WHEN ARE WE GOING TO TREAT DIVORCE AND FATHERLESSNESS AS THE ISSUE IT REALLY IS? →