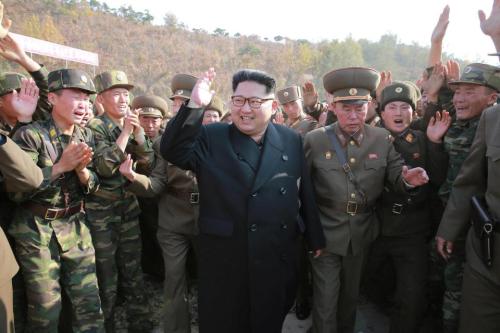 North Korea has vowed to strike the US with “thousand-fold” revenge in response to recent sanctions imposed upon them by the UN. These sanctions came as a result of the rogue nation’s recent intercontinental ballistic missile launch.

North Korea’s official news agency, KCNA, has described these sanctions as “crimes” and as a “violent violation of their sovereignty.”  Meanwhile, their foreign minister threatened at the ASEAN summit:

“There is no bigger mistake than the United States believing that its land is safe across the ocean.”

US Ambassador to the UN, Nikki Haley, has vowed not to back down in the face of North Korea’s threats, telling Fox News that “we are not going to run scared from them.” As with all bullies, North Korea will only remain strong as long as they feel others are intimidated by them.

By themagus1992 in Politics on August 8, 2017.
← HUMILITY GOOGLE FIRES EMPLOYEE FOR NOT BELIEVING IN DIVERSITY →