PLAN TO REFORM US IMMIGRATION SYSTEM 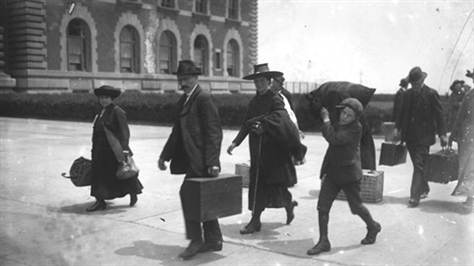 Trump told reporters that the Raise Act will “reduce poverty, increase wages and save taxpayers billions of dollars.” Trump went on to say:

“This legislation demonstrates our compassion for struggling American families who deserve an  immigration system that puts their needs first, and that puts America first.”

A press release from the White House states that the current US immigration rate does not prioritise highly skilled immigrants over immigrants with low skills or no skills. At the moment, only six-percent of the one-million immigrants the US accepts annually emigrate because of their skills. Instead, the US has experienced decades of emigres with little to no skills. (To make matters worse, fifty-percent of immigrant households receive welfare compared to thirty-percent of native households). According to the release, the mass influx of cheap, unskilled labour has depressed wages and harmed vulnerable Americans.

The RAISE act seeks to replace the current permanent employment-visa framework, especially the diversity visa lottery system, with a new system which rewards applicants based on their merits. This system, which echoes similar immigration system in Australia and Canada, selects immigrants based on their level of education, their ability to speak English, their past achievements, and their entrepreneurial initiative.